What great work does God have for you to do?  You know the desires of your heart and the stirrings in your soul.  You also know the tensions and anxieties of living into who you know God created you to be and the pressures of the work and world around you.

So, how do you respond or react to the tension?

As you reflect upon that question, let me ask you to be honest with yourself. Read the following statements. Which statement describes you?

Which of the three statements best describes your mode of operation?  Be honest. No one knows but you.  Which one?

Lonely leaders are everywhere.  Although you are surrounded by people, you can’t seem to connect in meaningful ways. So, you have entered a self-imposed separation.  It is easier to disconnect from people than it is to risk being vulnerable.

Bruce Thrall, one of the authors of The Ascent of a Leader: How Ordinary Relationships Develop Extraordinary Character and Influence, did research around “deception” as a leadership dysfunction.  The title of his project was “Everybody Lies, But Leaders Do It Better.”

He interviewed leaders who had deceived and been publicly caught, from the fields of medicine, journalism, law and law enforcement, the church, etc. The interviews exposed isolation as the primary reason the leaders gave themselves permission to lie.¹ Although these leaders were constantly around people such as family, friends, and colleagues, they were isolated, fearful, and alone.

Isolation robs you from becoming who God has created you to be. So, how do you and I overcome the isolation that threatens to keep us from the authentic community and courageous leadership?

An Example of Leading with Vulnerability

Let’s look at the life of a vulnerable leader.  His name, William Wilberforce. As a popular member of Parliament in Great Britain, Wilberforce liked the power and prestige of his office. Even though his personal life was not of the highest character, his political career looked promising.

Through the encouragement of a college friend, Wilberforce began to take a serious look at his life, which lead him to an encounter with Jesus.  After some personal struggle, he trusted God with his life.  As he considered the implications of his decision, through personal study and reflection, Wilberforce wrestled with the idea of leaving politics and becoming a minister. Here is one place he became vulnerable.  Instead of moving forward with a decision, he first went to several trusted friends, asking for their counsel.

He approached William Pitt, the soon-to-be prime minister of Great Britain.  Pitt wanted Wilberforce as a political ally, especially with his improving reputation.  So, he asked Wilberforce to stay in politics. Wilberforce was not convinced.  He knew what he wanted while he listened to his trusted friends. As he continued to wrestle with his conscience, he sought out John Newton, the author of the hymn “Amazing Grace,” himself a convert to Christ.  Surely Newton would understand his desire to pursue the ministry.  Instead, Newton encouraged him to use his political position and knowledge as his ministry.

I can imagine that no one knew how much Wilberforce struggled to open his life to his colleagues and friends.  But knowing myself, it could not have been easy. He knew what he wanted, but he chose to become vulnerable, listening to those who knew him and loved him.

What are the Desires of Your Heart?

Sometimes our resistance to vulnerability comes after a profound experience of God’s love.  Once we come to the point of trusting God, we jump to conclusions about our calling in life, choosing to do things inconsistent with our capacities and character.  I know some people who have been encouraged to leave their careers and enter into a more “spiritual” work when it might have been the opposite of God’s purpose.

Choosing vulnerability is tough work. You might not like what people say.  You might even disagree. But recognizing God as you focus upon your purpose, allows you the courage to listen, discern, and enter into dialogue with the people around you.

Here are some things to remember:

What Great Work Does God Have for You?

Slavery was the issue at the top of the list. He decided to recruit others to assist in his fight against slavery.  He met with groups of people regularly to listen, to develop mutual vulnerability, and support.  Vulnerability became a pattern of his life as he consistently opened his heart to the influence of others.  As a result of choosing to be vulnerable, Wilberforce is remembered as a great reformer whose work led to the abolition of slavery in the British Empire.²

So, I’m wondering, what great work does God have for you?  To become who God has created you to be, you need to start with vulnerability.  What one step will you take to get started. Consider the following:

Our families, our communities, our jobs, our churches, need vulnerable leaders, leaders who are willing to take the risk of opening their lives to the influence of others. Who knows what God has in store for you as you open yourself to the care, compassion, and influence of trusted friends and colleagues?

Choose vulnerability and become the leader God has created you to be.

Imagine picking up your car from the shop after a routine tune-up.  The technician says, “Your car is in great shape. You do a great job in maintaining it.”

On your way home the brakes fail.  You discover there is no brake fluid.

Now, how do you feel?

You go to the shop, find the technician, and say, “Why didn’t you tell me there was no brake fluid in the car?” And the technician says, “Well, I didn’t want you to feel bad. I was afraid you would get upset with me and I want us to be friends.”

Just how furious would you be?

Would you say something like, “I don’t come here for a fantasy-based ego boost! I come to have my car maintained.  When it comes to my car, I want the truth.”

Imagine going to the doctor for your annual check-up. At the end of the examination, the doctor says, “You are in great shape. You have the body of an Olympian. Keep up the good work.”

Later that day, while climbing the stairs, your heart gives out. Tests show clogged arteries.

You go back to the doctor and say, “Why didn’t you tell me about my condition?” The doctor says, “Well, I did see that you were one jelly doughnut away from the grim reaper, but I didn’t want to hurt your feelings.  I didn’t want any problems between the two of us. What if you started liking another doctor?”

Now, what would you say? “I don’t come here to be pacified about my health. When it comes to my heart, I want the truth!” 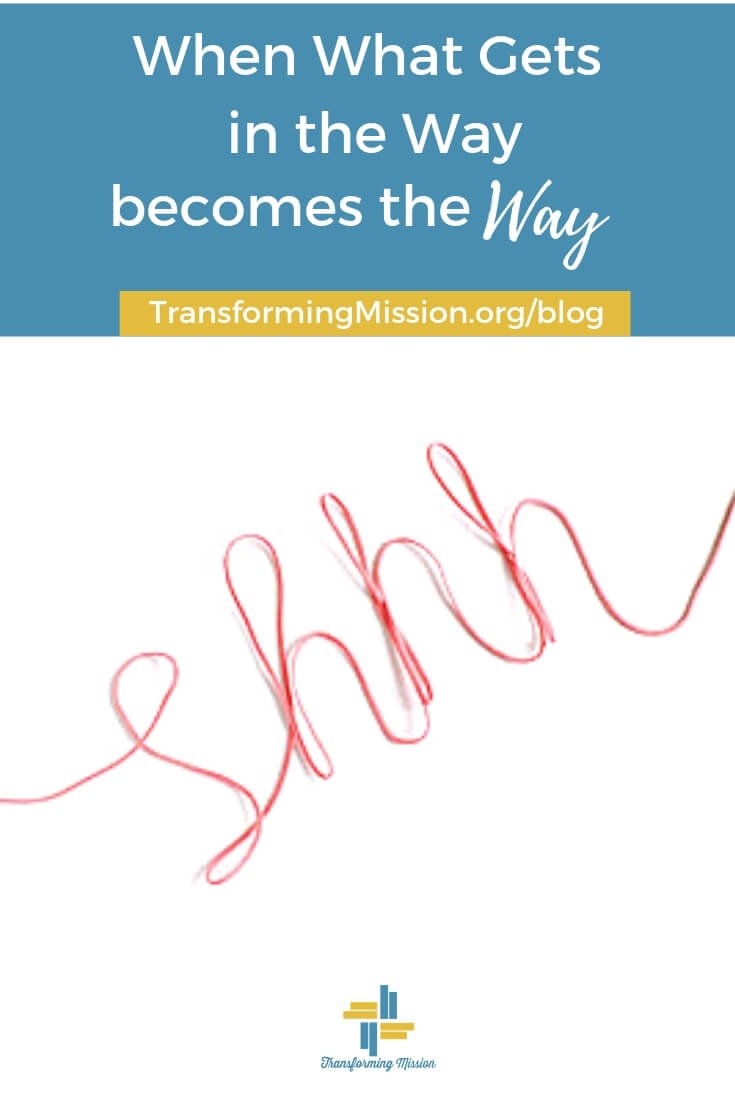 The Truth of Courageous Leadership

When something matters to us, we don’t want a false comfort based on pain avoidance. We want the truth. In any discussion of leadership, we if we are to build trust, we must deal with the risk of honesty and the gift of clarity. Truth-telling in the church is about courageous leadership. Specifically, it’s about embracing the skill of vulnerability.

Being a courageous leader is hard work. No one is writing hymns that sing, “Amazing truth, how sweet the sound.”  As a leader, the closer the relationship, the harder the truth. In every one of us, there is the feeling that we do not want to hurt those who mean so much to us.  That’s why so many leaders, in their relationships, run into the “Jack Nicholson theology.”

You Can’t Handle the Truth

Remember Jack Nicholson in “A Few Good Men?”  Remember that famous scene near the end? It’s the one scene that even people who never saw the movie know. Nicholson’s a marine officer on the witness stand.  He is angry.  Out of his anger he shouts, “Do you really want to know what happened?”

A lot of leaders run on Jack Nicholson theology. We act like people can’t handle the truth. We don’t want to hurt others and we don’t want others to hurt us. Since when did caring for people and truth become divergent paths? When we give up our role as a leader for the sake of not hurting feelings, or being liked, or for keeping things peaceful, even our silence speaks loudly.

What Gets in the Way of Courageous Leadership

The question is, “What gets in the way of you being a courageous leader?  We have learned that what get in the way usually becomes the way. We abdicate our role as a leader, contributing to establishing a church culture that becomes a barrier to disciple-making.

After reflecting on the work Brené Brown has done around courageous, daring leadership, we had to ask ourselves the question: What behavior and church cultural norms stand in the way of courageous leadership?

We need courage to focus on our mission of disciple-making. Do any of the following behaviors and church culture sound familiar? Do any of these behaviors stand in the way of your courageous leadership? Because what stands in the way, often becomes the way.

13 Behaviors that Get in the Way

There are no quick fixes or easy solutions to the complexities of the behaviors and cultural norms we just named. But one of the ways to address these behaviors is to develop our skills as brave and courageous leaders.

Here’s how Brené Brown describes vulnerability from her decades of research, “Vulnerability is the emotion that we experience during times of uncertainty, risk, and emotional exposure.” 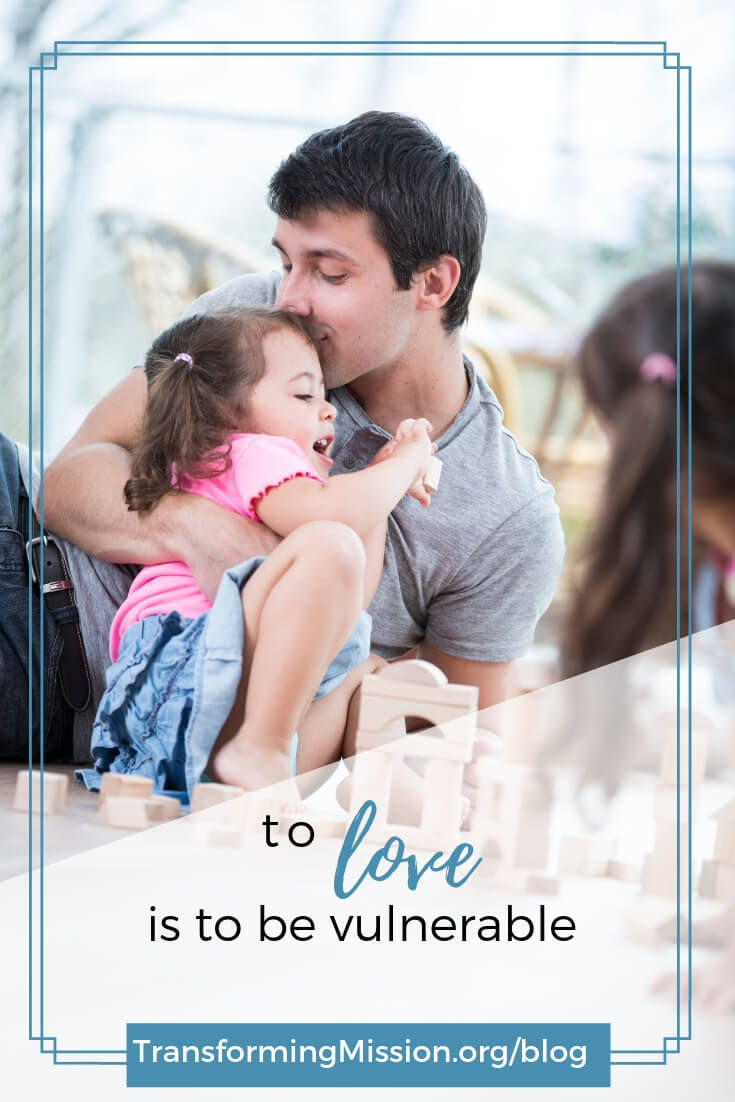 An Invitation to Practice

It’s time to talk about what’s getting in our way so we can get it out of the way. If you’re willing to go on this journey with us, head over to the LeaderCast Podcast and listen to Episode 050: What Gets in the Way of Disciple-Making? We talk about the 13 cultural norms and behaviors above as well as share an experiment to begin practicing courageous leadership.