Last week when I sat down to write “The Bias Opinion,” I did not know what to write.  This week it is different. The writing still comes with pain, but this is pain that grows in my heart.

How can I be quiet when the images of children in detention centers keep flashing before my eyes, taking up residence in my thoughts, and knocking at my heart?

How Can I Keep Quiet?

How can I be quiet when people, wanting to help children who are in need of drinking water, clean clothing, and soap, are told that their supplies cannot be accepted? The basis for the rejection is a federal mandate known as the Antideficiency Act.  Under the act, the government cannot spend any money or accept any donations other than what Congress has allocated to it. Really? Is that true?

The US Border Patrol reported to Congress that they were holding 2,081 children in detention centers. Children sleeping on concrete floors. No access to soap or showers. No access to toothbrushes or toothpaste. Inadequate food. Lord, have mercy on us! How can this happen?

As the pain intensifies in my heart, I try to make sense of such incomprehensible conditions and treatment. Oh, I hope I’m wrong but children have been used for political expediency throughout the ages. Didn’t the king of Egypt tell the Hebrew midwives when a child is born, “…if it is a boy, kill him…?” When the midwives did not obey the Pharaoh, he commanded, “Every boy that is born to the Hebrews you shall throw into the Nile…?”1 How can little boys create such fear and anxiety?

And the one Christmas story we do not read each year is the story after the wise men from the East visit Jesus.  Wasn’t it after their visit that Herod, out of anger, ordered the death of all the children under the age of two in and around Bethlehem? There are times, even today when I can hear “Rachel weeping for her children.” 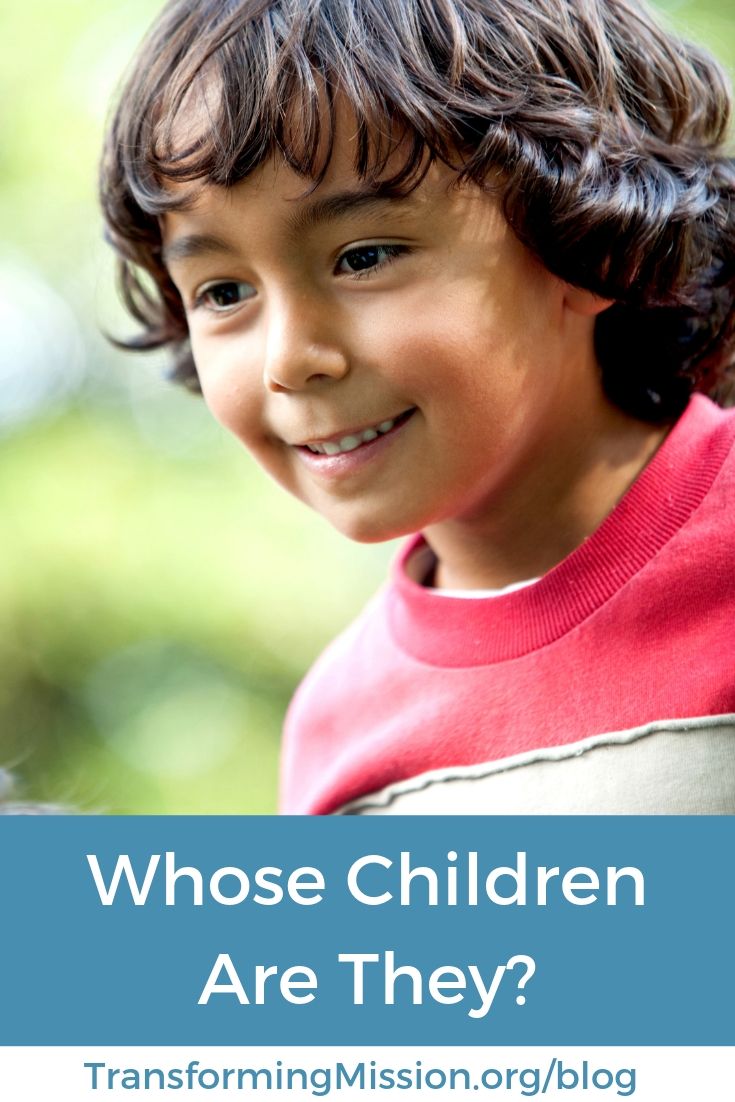 I must confess, that doesn’t help. But isn’t it true? Children continue to be used for political expediency. Remember when World Vision, a humanitarian organization, announced a change to its hiring policy allowing people in same-sex marriages to work in its United State offices? In response, there was a group of people who rallied in protest, and within seventy-two hours, more than ten thousand children had lost their financial support from canceled World Vision sponsorships. Ten thousand children.

Then the CEO of World Vision announced the charity would reverse its decision and return to its old policy.  Children had been successfully used as bargaining chips in our culture war.

In February, as a result of the decision of the special General Conference of our United Methodist Church, several churches not only threatened to stop paying apportionments but did stop funding for projects in African countries through Global Ministries. I’m not sure who we thought we would leverage.

Digging in a Dry River Bed for Water

The first image that came to my mind was the little girl digging in a dry river bed in Nigeria. She and other children in her village would spend hours each day, digging in the sand to reach water so their families would have enough for that evening and the next morning. When I heard of the decisions to withhold apportionments, I thought of the well that Global Ministries had provided in her village.

Children, more often than not, pay the price in our attempts to leverage the system to get what we want. Even when we are acting for the right reasons, we might be doing more harm than good.

When Mark wrote, “Allow the children to come to me. Don’t forbid them, because God’s kingdom belongs to people like these children…,”3 he was not implying that children are perfect or that we should become more like children.  We all know that children, if given matches, can burn the house down, or given a saw, and cut the family dog in half.  No, what Mark implies is that children are vulnerable and powerless.  And Jesus says, “Let the vulnerable and powerless come to me…Let those who have nothing to offer but themselves come to me…”

As Jesus followers, as kingdom people, we receive the vulnerable and care for the powerless.

How Can We Be Quiet?

Would it be different if they were our children?  Would we find ways to hold them, to defend them, to soothe them, and to set them free?

I was in Israel, in a small town on the West Bank, when there was an explosion. Bodies were blown through the air.  Everywhere I looked there were signs of death and destruction.  The screams of the wounded seemed to be coming from every direction.

Shortly after the explosion, a man came running up to me holding a bloodied little girl in his arms.  He pleaded with me, “Mister, I can’t get her to a hospital. The Israeli troops have sealed off the area.  No one can get in or out.  But you are the press.  You can get through.  Please, Mister! Help me get her to a hospital.  Please! If you don’t help me, she is going to die!”

When we finally got to the hospital, the girl was rushed to the operating room.  Then the man and I sat in silence in the waiting area.  We were too exhausted to talk.

After a short while the doctor came out of the operating room and said, “I’m sorry.  She died.”

The man collapsed in tears.  I put my arms around his shoulders to comfort him.  Not knowing what to say, I said, “I can’t imagine what you must be going through. I’ve never lost a child.”

The man, with a puzzled look on his face, said, “Oh, Mister, that Palestinian girl was not my daughter. I’m an Israeli settler.  That Palestinian was not my child.  But, Mister, there comes a time when each of us must realize that every child, regardless of that child’s background, is a daughter or son.  There must come a time when we realize that we are all family.”

An Invitation from Bishop Palmer

The United Methodist Church has spoken very clearly on this matter. General Conference delegates from around the world call on us to advocate for the “elimination of indefinite detention [and the] incarceration of children.” (Book of Resolutions 3281). We also stated very clearly that we “oppose immigration policies that separate family members from each other or that include detention of families with children. (Social Principles paragraph 162.H).

I am asking you to join me in these actions:

Regardless of what you and I may think or feel.  The children are not a political issue. It doesn’t matter whether you are Democrat or Republican, Libertarian or Independent. As a follower of Jesus, as a Christian, it is time to speak on behalf of the children.  Whose children are they anyway?

Looking for a book to explore the stories of Scripture about migrants and the meaning of belonging in a Christian context? Here’s a book that is a part memoir and part Biblical exploration by Karen Gonzalez. The God Who Sees: Immigrants, the Bible and the Journey to Belonging.

Karen Gonzalez immigrated to the United States from Guatemala. She explores the Biblical stories about migrants and shares her personal stories and reflections in The God Who Sees. Meet people who fled their homelands: Hagar, Jospeh, Ruth and Jesus.