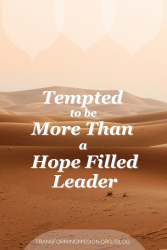 If you sat down with any group of people and said, “Today, our subject for discussion is temptation,” someone would quote Oscar Wilde, “I can resist anything but temptation.” The discussion would go from there to stories of pranks, parties, and pies. Each story illustrates some form of temptation. But the point of our reflection today is not to reduce the temptation to a few harmless activities.

You, as a Jesus follower and a leader, are tempted, in one way or another, to be successful. Being successful, by itself, is not a bad trait. But how you get there can be. Whether you are a pastor, a parent, a small group leader, or an executive, the temptation to be someone other than who God created you to be is always present and sometimes overwhelming.

To discover the key to becoming a hope-filled leader in the midst of temptation, let’s use the pattern of READ, REFLECT, RESPOND, RETURN as a lens to look at Matthew’s story of the temptation.

Then the Spirit led Jesus up into the wilderness so that the devil might tempt him. After Jesus had fasted for forty days and forty nights, he was starving. The tempter came to him and said, “Since you are God’s Son, command these stones to become bread.”

Jesus replied, “It’s written, People won’t live only by bread, but by every word spoken by God.”

After that, the devil brought him into the holy city and stood him at the highest point of the temple. He said to him, “Since you are God’s Son, throw yourself down; for it is written, I will command my angels concerning you, and they will take you up in their hands so that you won’t hit your foot on a stone.”

Then the devil brought him to a very high mountain and showed him all the kingdoms of the world and their glory. He said, “I’ll give you all these if you bow down and worship me.”

Jesus responded, “Go away, Satan, because it’s written, you will worship the Lord your God and serve only him.” The devil left him, and angels came and took care of him.

Immediately following his baptism where he has been claimed by God as “my beloved son in whom I am pleased,” Jesus entered a time of fasting. This was a time for Jesus to come to terms with who he was as “God’s beloved child.”

I find it fascinating that Matthew tells his story of Jesus like the story of Israel. Israel passed through the waters into the wilderness, was tested, and failed. They were disobedient and worshiped other gods. Jesus, the true Son of God, repeats Israel’s experience in coming out of Egypt, is tested in the wilderness, and remains obedient to God. He refuses to worship another. In contrast to Israel in the wilderness, whose faith faltered until restored by the miraculous manna, Jesus is hungry but remains faithful without the miracle.

Here is the question for reflection. What does it mean for you to be a leader who is a beloved child of God? Keep in mind, who you are is how you lead.

Henri Nouwen, in his book, In the Name of Jesus: Reflections on Christian Leadership, tells how Jesus overcomes the three basic temptations leaders face.

The first temptation is to please people. For Jesus, the temptation was to live into the Jewish expectations of the Messiah. He was challenged to use his power to not only gratify himself but to meet the human need around him. Both are good actions, but to “Turn these stones into bread,” was not who he had been created to be. Jesus replied, “People do not live by bread alone but by every word that comes from the mouth of God” (Matthew 4:4).

It is not wrong to want to please people or to make them happy, but if you form your leadership around applause, you will soon be unproductive and fruitless in your ministry. The temptation is not to please others as much as it is to become someone other than who God created you to be. Hope-filled leaders do not always please people, but they lead courageously in assisting people into becoming followers of Jesus who make a difference in the lives of the people with whom they encounter each day.

Jesus found his identity and strength in being who God created him to be. He experienced God’s love to the point that he trusted God’s direction in loving people and giving them what was needed so they too could become who God had created them to be. He often disappointed people, but he was true to being a beloved child of God.

As a leader, you are a beloved child of God. Who you are is how you lead.

The second temptation is to do something to impress people. For Jesus, the temptation was to make some sensational demonstration to show he was the Son of God. He is challenged to do something spectacular like “Jump from the pinnacle of the temple!” Jesus resisted and said, “Do not put the Lord your God to the test” (Matthew 4:6-7).

It is not wrong to set lofty goals and high expectations, but if you form your leadership around unrealistic accomplishments, you will soon be burned out and cynical in your ministry. There will always be pressure to do something new, exciting, bigger, and better. There will always be people who want you to do something that is not true to who you are as a leader. Your temptation will be to feed your ego, to compare yourself to your peers, and to slip into a behavior that is less than authentic. Hope-filled leaders do not always impress people, but they lead courageously in assisting people into becoming followers of Jesus who make a difference in the lives of the people with whom they encounter each day.

You don’t have to be a hero. But you do have to love people for who they are and to teach them the very things you have been taught about loving one another, forgiving one another, and leading one another to become the people God has created them to be.

As a leader, you are a beloved child of God. Who you are is how you lead.

Third Temptation: Compromise Who You Are

The third temptation is to compromise who you are by focusing upon something or someone other than the God who has created you. For Jesus, the temptation was to control the kingdoms of the world. He could do all the good he wanted to do, by giving up who he was created to be. He responded to the temptation by saying, “It is written: ‘Worship the Lord your God and serve him only’” (Matthew 4:10).

It is not easy being a Jesus follower when you are taught to “turn the other cheek,” “to make things right with those who have something against you,” and to “love your enemy.” It is not easy to “forgive 70 x 7 times.” But to give into the temptation to control your life and relationships is to compromise who God has created you to be. Hope-filled leaders are flexible. They know to pivot to lead people to the hope they desire. But they do not comprise who they are. They lead courageously in assisting people into becoming followers of Jesus who make a difference in the lives of the people with whom they encounter each day.

Jesus didn’t use his power to build an empire. He didn’t make people serve him, he served them. He included persons no one else wanted, washed the feet of those who hurt him, and cooked breakfast for those who had given up on him. He made friends with the poor, associated with outcasts, and disciplined them to be leaders. He helped them all discover that they were beloved children of God.

This is what Matthew is teaching us. To be a follower of Jesus means to have a trusting relationship with God that does not ask for miraculous exceptions to the limitations of being an authentic human being. You have been claimed by God, gifted to lead at this time in history.

You are a beloved child of God. Who you are is how you lead.

Today, be aware of the temptation to be someone other than who God has created you to be. Be aware of where you are tempted to gratify yourself? And where you might compromise who you are to please or impress others. Look for Jesus throughout the day. Be aware of how being a Jesus follower helps you make the decisions needed to help others.

You are a leader at an incredible time in history. You were created for this time. So, don’t give in to the temptation to be someone other than who God has created you to be. You are needed just as you are…a beloved child of God. 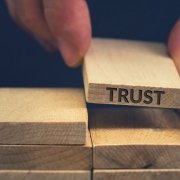 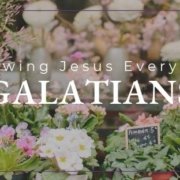 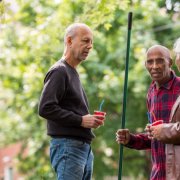 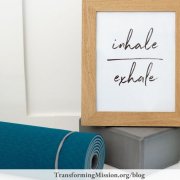 5 Ways to Build Relaxation into Your Day 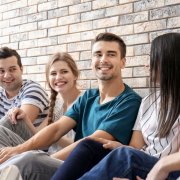 One Thing More Important than Mission 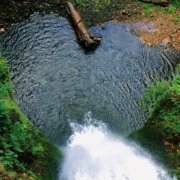 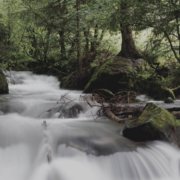 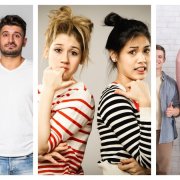