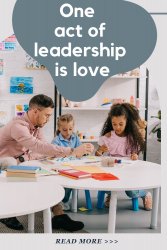 For some of you, it has been a while since I checked in with you. For others, this is my first opportunity to check in with you.

As you are deciding how to answer my questions, I want to commend you, again, on your work in leading through the Covid pandemic and through the racial unrest in your community. As I continue to pray for you and for your leadership, my question remains, how are you doing?

Besides my genuine care and concern for you, I have a specific reason for checking in with you.

I thought of you last week when I read of a group of mothers from Williamson County, Tennessee called Moms for Liberty. They are trying to shut down the use of specific curriculum in their public schools. It is interesting that the curriculum includes an autobiography by Ruby Bridges. As a 6-year-old, Bridges became an international symbol of the civil rights movement. In September of 1960, she was one of the first Black children to integrate an elementary school in New Orleans.

The Moms for Liberty argue that her book, Ruby Bridges Goes to School: My True Story, contains too many truths that cut too close. The mothers find the story objectionable, citing a description of a “large crowd of angry white people who didn’t want Black children in a white school.” They say that’s too negative a rendering of a moment that is well documented in books, film, and photography.

Ruby Bridges and I are the same age.

We entered the first grade in the same year. I’m sure the integration of a white school made all the major news outlets across our county, but I don’t remember ever hearing about Ruby Bridges until I was in college. I wonder if those mothers have truly seen the pictures from that year-long struggle over integration? Have they avoided the photographs of White women with their necks jutted out and their mouths screaming as though their world was coming to an end? One of the protesters carried a sign that read: “All I want for Christmas is a clean white school.” When I see video clips and listen to the cries of the crowd, one chant that can be heard is “Two, four, six, eight, we don’t want to integrate.”

When I read that news story, I thought of you and how you must continually keep the story of Ruby Bridges and others in front of the people in your community. You know that the issue is not the integration of schools, but the dignity of human beings.

I once heard Jane Elliot say, “People who are racist aren’t stupid, they’re ignorant. And the answer to ignorance is education.” If that is true, why would anyone want to keep the stories from being told?

Jane Elliot has had a tremendous impact on me, my understanding of racism, and how to address it. In April 1968, she was a third-grade teacher in the small town of Riceville, Iowa. On the day after Dr. Martin Luther King Jr. was assassinated, she felt compelled to shift her lesson plans. She decided to teach her young white students about discrimination by telling the children that brown-eyed people were superior to their blue-eyed peers. She watched as the students turned on each other. Then, the next day, she reversed the script.

Notice she invited the children of her third-grade class into an exercise that highlighted the arbitrary and irrational basis of prejudice. Sixty-one years after Ruby Bridges and fifty-three years after Martin Luther King, Jr., we are still wrestling with the same arbitrary and irrational basis for prejudice. Why wouldn’t we want to teach our children, our neighbors, our friends, and those who are entrusted to our care about the love of God and dignity of all persons?

In a recent interview (early 2020), I heard her say, “There has been a big increase in racism in America over the past five years. We were making progress in the ’60s, ’70s, ’80s, even in the ’90s, and then a black man in the White House made a whole lot of white folks really angry because that said plainly to everyone, ‘A black man can get there and do it and do it well. Now if that’s true, then maybe my white skin doesn’t automatically make me superior.’ And it knocked the socks off everyone who believed in the rightness of whiteness.”

Race is a Social Concept

She also said, “Many people don’t recognize that race is a social concept. Race isn’t biological. Race does not run in our DNA. Race is how somebody somewhere hundreds of years ago decided to categorize the human race.”

Michele L. Norris, a writer for the Washington Post writes, “We do our children no favors if we only feed them a steady diet of fairy tales that sidestep life’s complexities.” She also writes that we do long-term harm when we sanitize our history in the name of protecting our children from feeling bad about themselves. “What’s really at work is adults trying to outrun a sense of shame.”

Let’s take the story of Ruby Bridges for example. Instead of reacting out of fear and protectionism, face the fear and respond by pointing where God’s love and grace are at work. What are the redemptive qualities of the story?

Fredrick Douglass said, “It is easier to build strong children than to repair broken men.”

Our children need to learn the full story. The story includes both haters and helpers. Instead of sweeping away an uncomfortable history, tell the truth so that years from now our schools will have eradicated the forces of racial bias and white supremacy that have shaped every aspect of American life.

So, do you understand why I thought of you when I read the story of the Moms for Liberty? You are in the position to do something about the racism that pervades our daily lives and the systems in which we participate and from which we benefit.

This is what you can do as a leader.

Develop relationships of trust with children, youth, and young adults.

Develop relationships of trust with the adults entrusted to your care.

Who You Are is How You Lead

Friends, who you are is how you lead. This week, where will you experience God at work and how will you lead people into discovering God’s love and grace? What one step will you take toward changing the world by putting an end to racism?

Now that the Capitol Area North District and Capitol Area South District are under the leadership of one district superintendent, we have added new people to our team. When you need and want assistance, remember that Jill Philipp and Diana Keefer are available to assist you. You can reach Jill at jphilipp@wocumc.org or Diana at dkeefer@wocumc.org.

Karen Cook, Sara Thomas, and I are also with you on your leadership journey. When we can be of encouragement or help, contact us at connect@transformingmission.org. We are ready to assist you with insights and resources in becoming a courageous leader.

Below are the children’s resources I mentioned above:

For additional resources, explore “Overcoming Racism.” In that post you will find many books from which to choose. 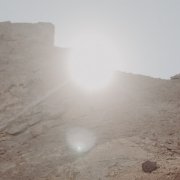 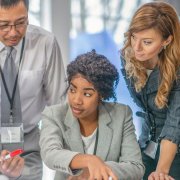 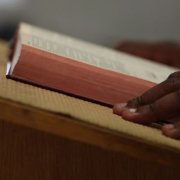 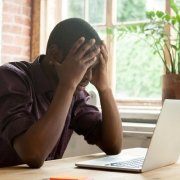 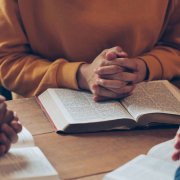 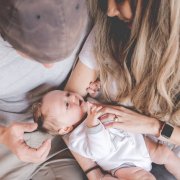 Hope and Making Room for Jesus 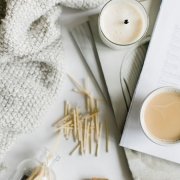 One Tool Every Leader Needs