Over the past two weeks, my wife and her sister have been preparing for an estate sale.  They are sifting and sorting through 60+ years of financial records, photographs, keepsakes, furniture, clothes, etc.

Since the death of both of her parents, the house is sitting empty, filled with years of memories and stuff. I use the word “stuff” because what was once seen as a keepsake, Kim and I are questioning, “Why do we need to keep that?”

For example, my wife ran across the candles, the table decorations, worship folders for our wedding. They were neatly tucked away in a box, placed in a closet, and forgotten. Kim and I have been married for 43 years.

Do we need the candles, the decorations, and folders of our wedding? We have some very good memories over our 43 years together. Those candles are a part of those memories. But we have long passed the time to keep those candles.

For some reason, my dear mother-in-law kept all the little dresses my wife wore before she ever started to school. Over the years she added my daughter’s dresses, and my son’s pants and shirts, along with some boots and shoes. Oh, there have been some moments of nostalgia, but we have long past the need to keep those clothes, just for the memories.

So, Kim has been placing most of the “stuff” in the “for sale” pile. There are tears, as well as laughter at “one person’s trash, is another person’s treasure.”  It was not difficult to decide that we needed an estate sale. Even with all the memories, my wife said, “It just is not the same without Mom and Dad here. They were the ones who made this house a home.”

Phyllis Tickle, in her book The Great Emergence, used the analogy of “The 500-Year Rummage Sale” to describe religious change over the years. She wrote that historically, the church “cleans house” roughly every 500 years, holding what she calls a “giant rummage sale,” deciding what to dispose and what to keep, making room for new things.

She wrote that the time of Christ was the first rummage sale.  It was an era she called “The Great Transformation.” It began when Jesus, who was “Emmanuel, God With Us,” created a new understanding of our relationship with God.

Then five hundred years later was the collapse of the Roman Empire and the beginning of the Dark Ages. It was in this period, the church entered an era of preservation as the church went underground with monks and nuns practicing the monastic tradition in abbeys and convents.

At the beginning of the new millennium in 1054, came “The Great Schism,” when the Christian Church split into the Eastern and Western branches that we still see today in the Eastern Orthodox and Roman Catholic Churches.

Then in the 1500s, “The Reformation” resulted in new branches of the Christian tradition, with different understandings of how people relate to God personally through direct prayer and individual interpretation of the bible.

Is the Church Ready for the Next Rummage Sale?

Every 500 years or so, Tickle wrote, there are tectonic shifts in the Christian tradition, resulting in huge changes of both understanding and of practice.  So, it’s been 500 years since the Reformation. Is the church ready for its next giant rummage sale?

Over the years of my ministry, the world has changed tremendously. Our understanding of science has progressed exponentially, forcing us to reconcile scientific and religious thought. We are culturally more diverse. We are living longer. Family units take a variety of forms. We are a global community, no longer confined to the boundaries of our physical neighborhoods. We have access to facts, data, opinions, and information instantly through computers we keep in our pockets. Communication and access to news are immediate and unfiltered.

We change our minds, for better or for worse, with every bit of information we process. How could these things not alter how we understand who we are, why we exist, and where God is in our lives? 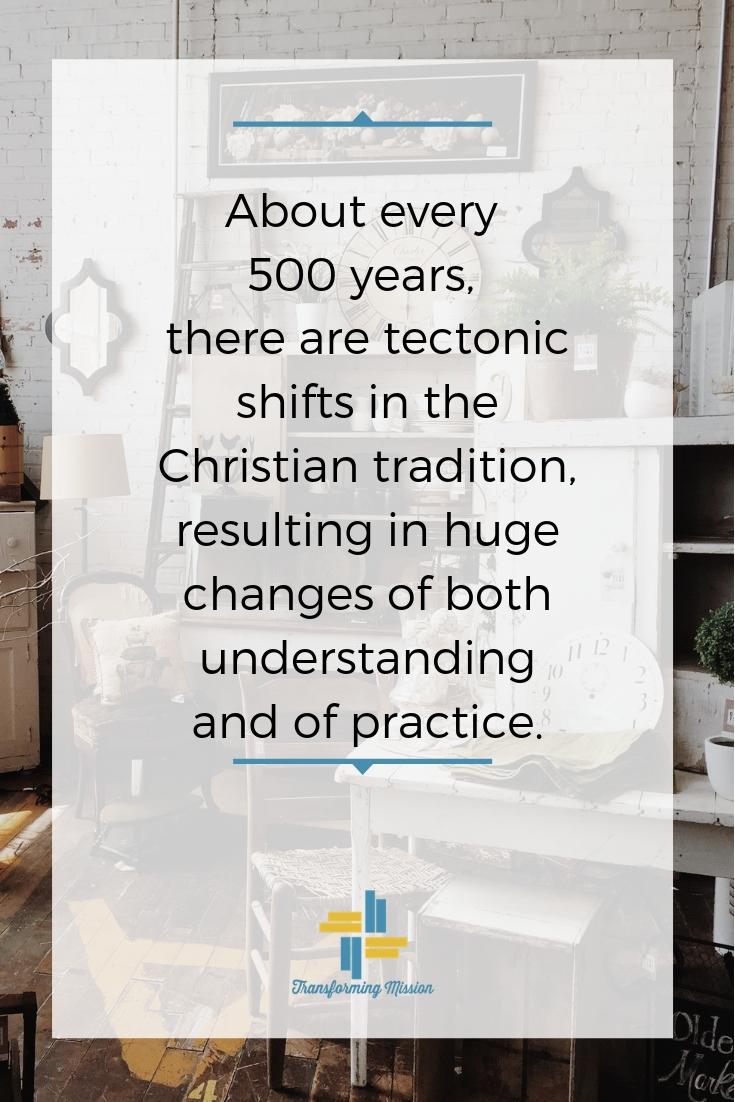 We’re In a New Era

I remember when the church was the religious and social center of the activities of most families. Everyone went to church on Sunday morning and often Sunday evening as well. Today, church affiliation, not to mention church attendance, is no longer the norm. Yet, people who identify as “spiritual but not religious” are on the rise. God is still important, but identifying with a religious brand is not.

Tickle said we are in a new era of “The Emergent Church.” It is a religious movement that crosses denominational boundaries, seeks common ground, engages diverse cultures, and embraces social causes as ways of living out Christ’s call to serve others. It is interesting that it takes place largely outside of church buildings.

Just for the Memories…

So, have we come to the time for our next great rummage sale?  Reflect upon your faith. What is necessary for you to be a Jesus follower?  Consider what you need to love the people around you as God in Christ has loved you? What do you need to give away, throw away, or move past? Even though it brings good memories or it has helped you become who you are, what is it that you have no need of keeping, just for the memories?

I have given my life to the church.  I admit that change is hard.  Yet, because our world has changed and our culture is different, it is time to give up what is no longer useful and to take up what best shares God’s transforming love.

The family had been there for years.  They had a lot of stuff. It was when they got the scales out and began to weigh their belongings, that they began to disagree on what to take with them. He, his wife, and two children all had something they wanted to take.  They weighed everything. The vase, the new typewriter, the books.  Finally, they got the weight down to two hundred pounds.  It was painful but it was done.

The soldiers returned the next day and asked, “Ready to go?”

“Did you weigh everything?”

“Did you weigh the kids?”

It was at that moment that the vase, the typewriter, and the books all lost their importance.  Each item became trash.

A New Life is Ahead!

The message of our Christian faith is one of resurrection and renewal. Paul wrote, “The old life is gone; a new life has begun.” It is time to give up some of the “stuff” we have been hanging onto. It is time to move boldly and faithfully into the future. Let’s follow God’s lead and stay focused on Jesus. I believe a new life is ahead for you, for me, and for the church. 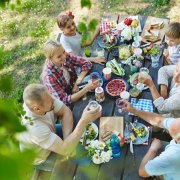 3 Questions to Bring Clarity to Your Leadership 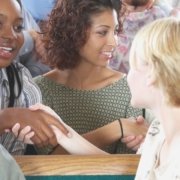 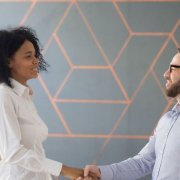 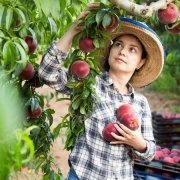 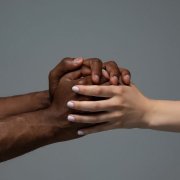 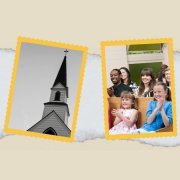 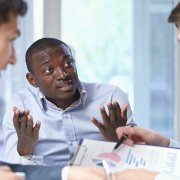 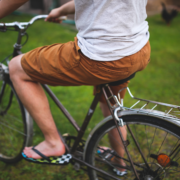 Chasing What Is Real
Scroll to top